Where To Buy Mooncake In 2021? - Global Digital Magazine 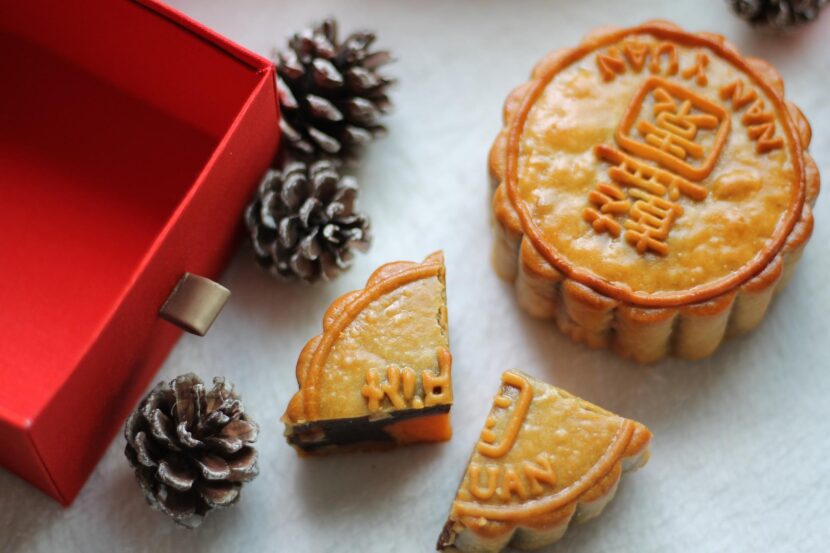 Moon cake is a snack that is synonymous with autumn. In autumn there is a festival called the Mooncake Festival. One of these popular autumn festivals falls on the 15th day of the eighth month of the Chinese calendar. It has been a must-have snack at every autumn festival since ancient times. This festival later became one of the prominent events in China which are celebrated by making and eating them. They are round cakes. It has a diameter of 10 cm and is 3-4 cm thick. Usually, they are cakes that have crushed red beans or lotus seeds. This cake with Chinese character carvings also contains one or more egg yolks which symbolize the full moon. So, Where can I buy this cake? Before that, let’s take a closer look at this cake. 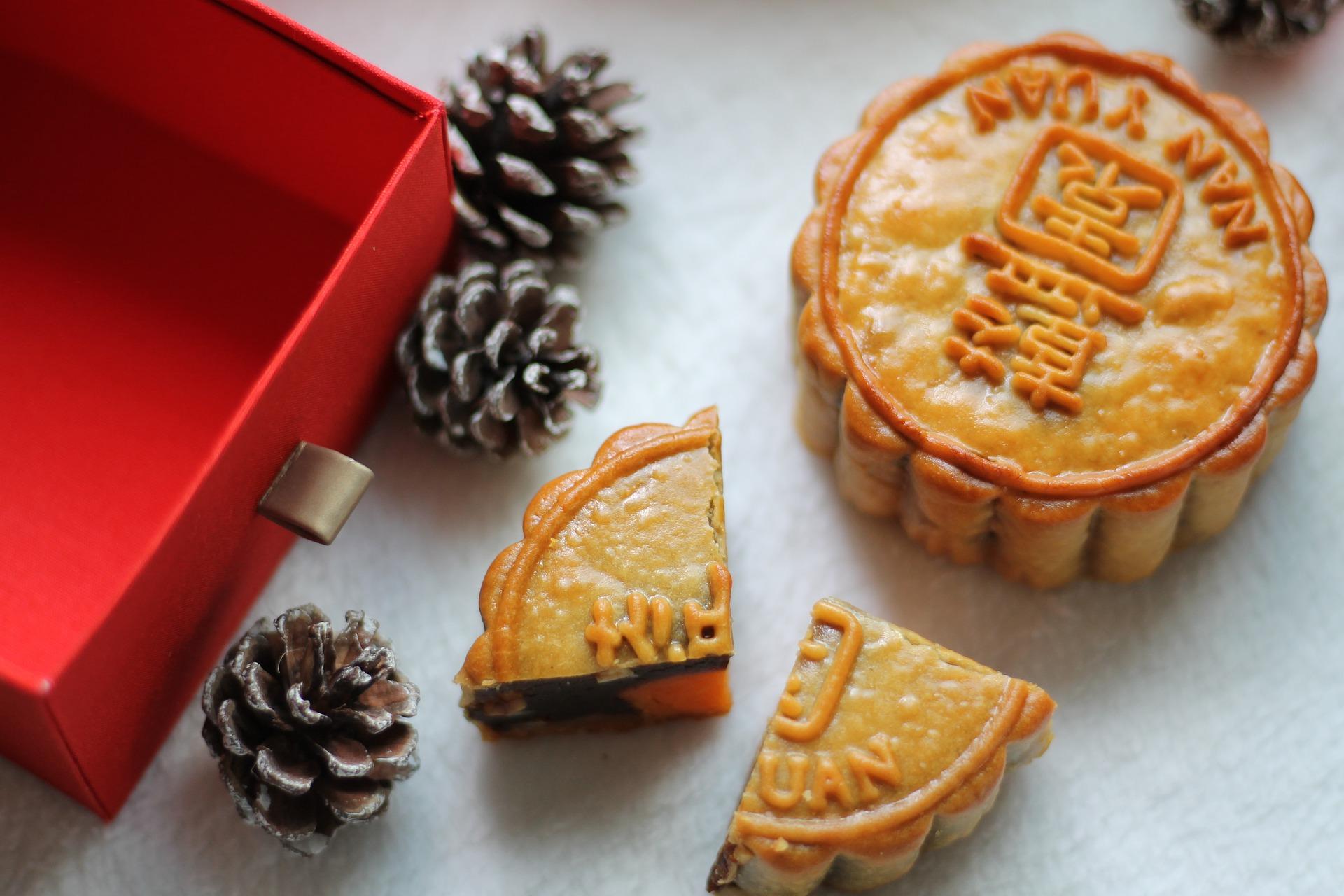 The shape of this cake is round although there are many other types now. The round shape of this cake symbolizes wholeness and unity. However, over time, other forms have emerged and eventually add variety to their commercialization. In general, this is round or square with a diameter ranging from ten cm, and a thickness of 4-5 cm. The filling is a dense, clay-like paste in a thin skin of about 2-3 mm. The middle of it usually contains salted egg yolk. It can be one, 2, or even four eggs. It makes mooncake a heavy food, rich in flavor, compared to most western pastry styles.

The filling of mooncakes is usually sweet, slightly oily. The salted egg yolk in it symbolizes the gold coins. It is in keeping with their culture, where all of the celebrations are commonly associated with well-being, prosperity, happiness, longevity, or health. On the skin of them are usually printed Chinese letters such as longevity or harmony, the name of the shop or maker’s family, or pictures of rabbits, and others.

Traditionally mooncake filling can be divided into 4, namely:

It is the most luxurious, the most valuable, and the most delicious filling. In some places, because the price of it is sumptuous. And the goods are scarce, sometimes white kidney beans are also used as an additional filling material.

It is from azuki beans, so it is known as red bean paste. But in some other places, it is made of Mung bean or black bean.

It is from the ripe fruit of the jujube plant. The color of this paste is usually dark red, slightly sour. There is an accent of smoked taste. Be careful about the confusion between jujube and red bean because many people confuse jujube paste and red bean paste.

They are a filling that comes from five types of chopped nuts and seeds. The filling is by gluing it in mooncakes with maltose syrup. 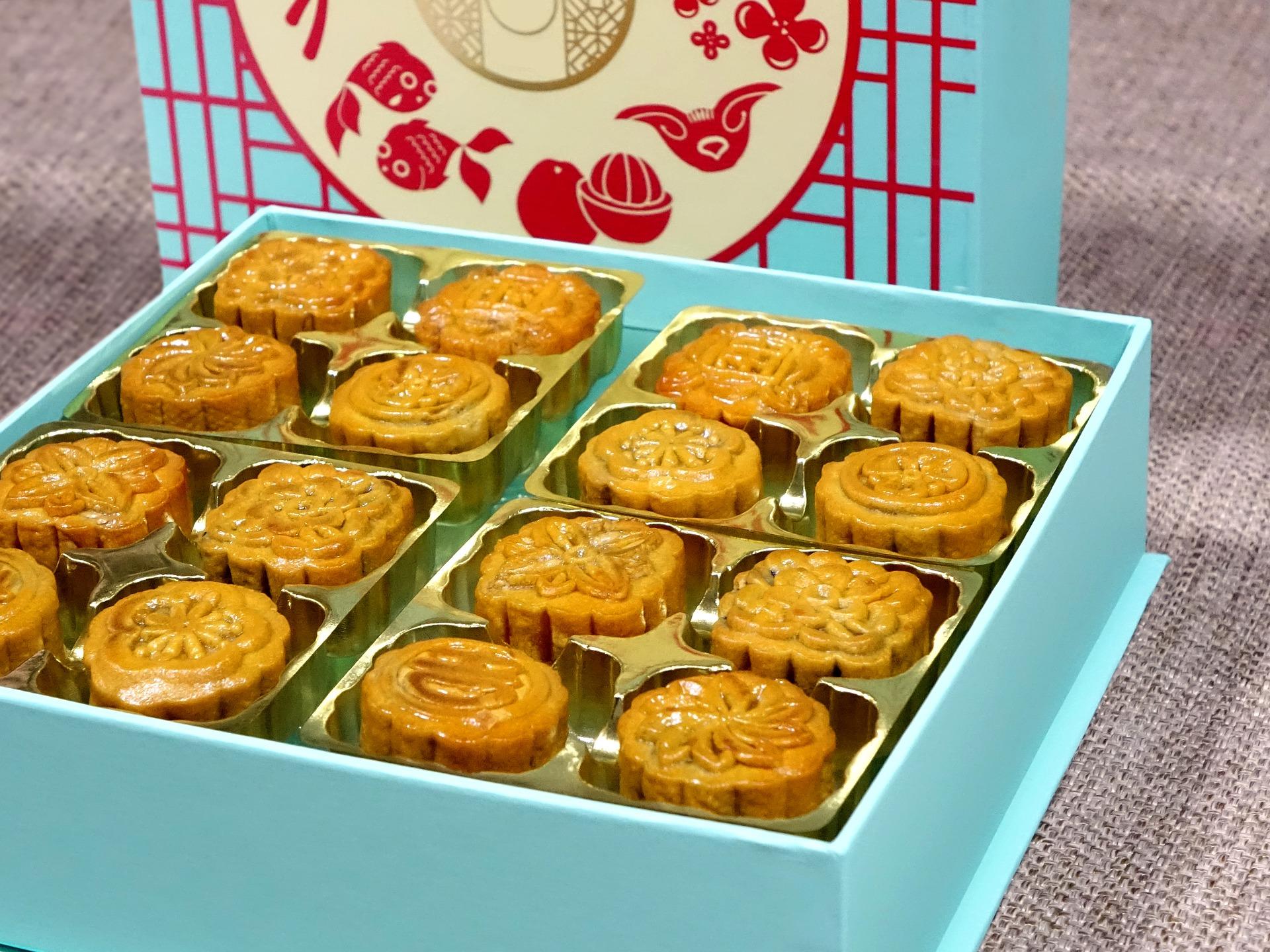 Zhong Qiu Jie or the mid-autumn festival is a symbol of joy which is the image of a full moon. According to the opinion of all Chinese people, this date is a time when it will be closest to the earth, side by side with the sky, and shine with a reddish color, which will symbolize the union of man (sun) with a woman (moon), such as Yin and Which is in Chinese tradition.

In Chinese folk tradition, the whole extended family will gather to eat mooncakes and celebrate the mooncake festival that falls every September-October. Usually, family members who are far apart from their families will reunite with their extended family. Therefore, the celebration of this cake is the second largest Chinese holiday apart from the Lunar New Year. Those who visit will usually bring gifts for their parents. Mooncakes, a box of tea, organic rice, and flowers are all popular choices for gifts. You can click on the word flower delivery Singapore if you are interested in bringing a beautiful bouquet. 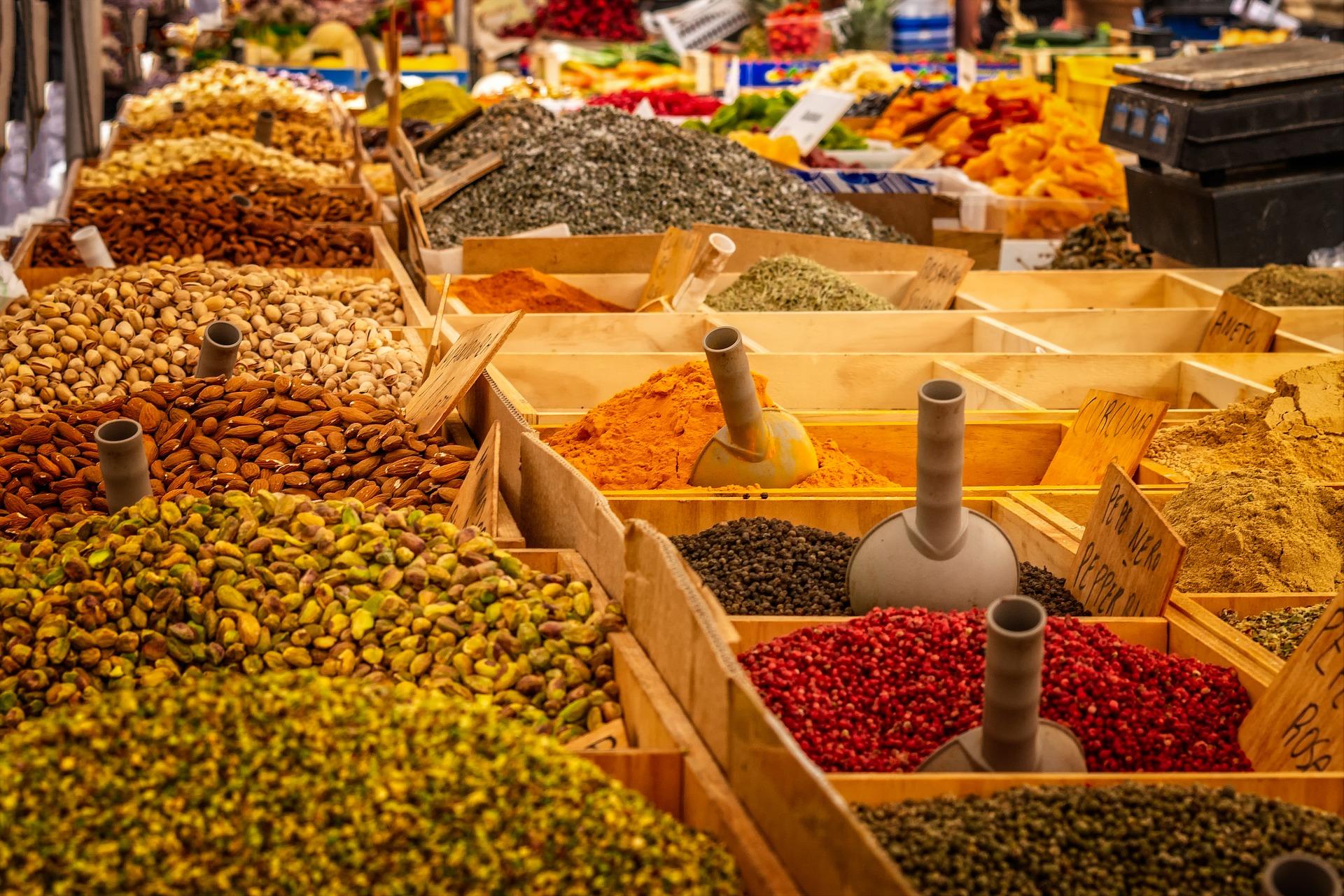 The beginning of this ritual came from farmers in China. They asked the God of Earth for good weather and crops for their farms. Farmers will worship the gods who are said to have given abundant harvests towards the end of the harvest period, which is around the middle of the 8th month. In the end, many people believe that the Mid-Autumn Festival or Mooncake Festival originated here.

Another tradition mentions the origin of Mooncakes related to the legend of an archer who shot 9/10 suns. The archer saved the earth from drought so that he was appointed King. One day he was given an elixir that could make him ascend to the sky and become a God. He gives it to the queen to keep it. A palace official who knows this then wants to steal it from her when the King is not around. Unable to fight back, she then chose to drink the elixir and then began to fly up and land on the moon. He knew this was very sad and built an altar complete with various offerings in memory of his beloved wife. That was the beginning when ancient Chinese society began to make offerings to the moon goddess, offerings in the form of mooncakes, grapes, and watermelons. 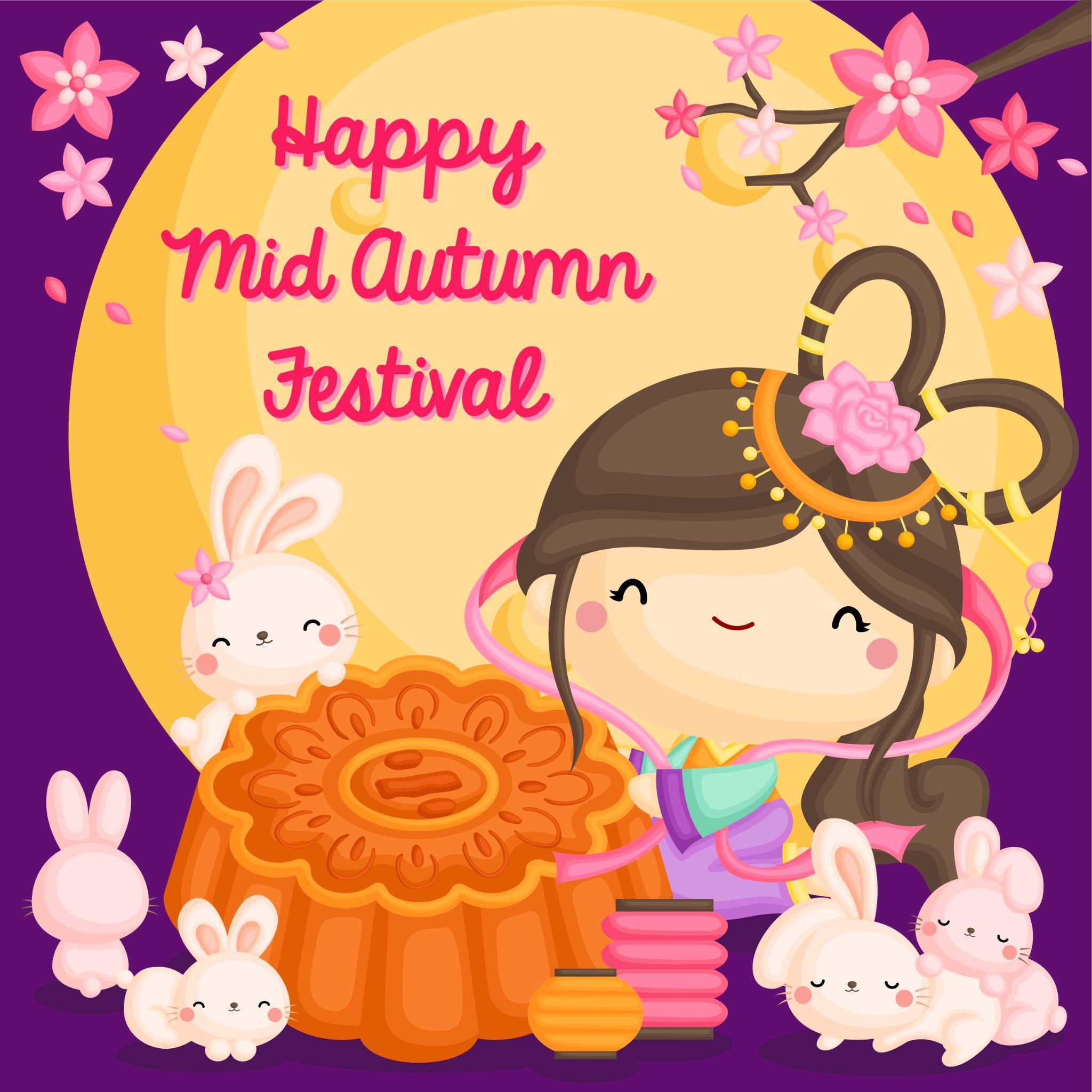 How? Are you interested in bringing a box of mooncakes and eating them with your family over hot tea? But, you don’t know where to get a box of it? Don’t worry, you can buy it in E-commerce on this one. You can look for it on the internet E-commerce Singapore which sells it. You can even send it using a gift delivery Singapore service directly to your parent’s house.

← What is the Best Email Marketing Platform? Things to Consider Before Setting up eBay Account →